Are New Zealand’s borders about to open to skilled migrants? 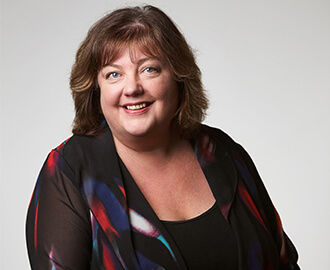 Prime Minister Jacinda Ardern has confirmed the Government is looking at the first significant loosening of New Zealand’s closed border and strict visa regime since entering lockdown in March.

The Government is keen to get local businesses more access to essential skilled workers to help grow the economy and create opportunities for resident Kiwis.

Businesses that are reliant on various types of skilled workers have struggled since the Covid-19 lockdown as arrivals have been severely limited to almost exclusively citizens and their partners.

"There are sectors that are paying a higher price though, and that's not just tourism, there are those that are reliant on international skills to be able to continue operating,” Ardern told Stuff

“Border closures don't mean that we can't continue to allow access to that workforce. So just this morning [Thursday], I was having a call … around how do we balance those border controls whilst still giving access to skilled labour, that actually then are leveraged for creating other jobs in New Zealand,” Ardern said.

“We already have a system in place at the moment, that has an exemption regime where you don't have to be an existing visa holder, but you are deemed to be someone that is going to create those opportunities, or, a sector will close down if you can't come in.”

Should the loosening be implemented, it will mark a significant step forward in opening up the labour market, which has been firmly shuttered to most outside workers since the lockdown.

“Probably what we need to do is start thinking in terms of numbers. We've got roughly 7000 in terms of capacity (in isolation and quarantine facilities), a big chunk taken up by our citizens and permanent residents. What's a reasonable proportion that should be going to keeping the economic wellbeing of New Zealand ticking over as well?”

The prime minister said having skilled workers in quarantine and managed isolation facilities wouldn't come at the expense of returning Kiwis, but the Government was working out how to manage the flows of people.

“We've got those exemptions, there's probably a bit of room for us to refine them,” Ardern said.

Whilst this seems to me to be a politically motivated discussion to appeal to business owners prior to the September election, it is never-the-less a small wedge in what has been a firmly closed door. The Prime Minister must balance the danger of a further outbreak of Covid-19 with an urgent requirement to stimulate the economy. New Zealand is in an envied position in the eyes of the rest of the world.

The key words in this statement were “whilst still giving access to skilled labour, that actually then are leveraged for creating other jobs in New Zealand”. This tells me that the priority will be for those who are in a position to create jobs.

This could be those who have high-end skills to be employed by private companies that have large projects already underway or stalled due to lack of workers. The criticism being brought about by the business community is that currently “other critical workers” with priority to come in only include those working in government run projects, not the private sector.

The major stumbling block right now is the need for expanded quarantine facilities. It is difficult to know when the stream of New Zealanders coming back will slow enough to allow skilled migrants to enter. It will be interesting to see what emerges after the election.