The holiday celebrates our “National Day” From this week onwards the holiday falls on 2nd Friday of August each year.

The call was made from Automotive Employment NZ, a niche market automotive recruitment company.  It only seems fair say’s the company’s Director, Russ Phillips:

New Zealand has a Labour Day on October 26 that is supposed to celebrate the struggle for an eight-hour working day and celebrates the 40-hour working week.  Heck how did that go? Not many of us have worked a 40-hour week for years!

Yes if we can have a day called Labour day, sure as heck we can have a National Day, all the more so given we don’t have a public holiday between the first week of June all the way to the 4th Monday in October, nearly 4 months!

It seems even more appropriate given August 14 is roughly the time of the National Party launch campaign.  A perfectly reasonable time to call for the holiday.

There are a few conditions,

As for red Russ believes this is best left for Labour day, its not far away now you know so lets not spoil our day with it being all about colour, there is far too much of this sought of thing these days and I see no need to discriminate. 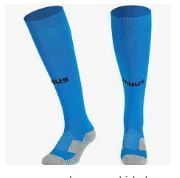 Whether you wear blue sox or only pretend to vote for National its all good.  Lets be honest it’s a damn good excuse to have a day off says Russ.

Participating holiday makers are encouraged to check with their employers first, but either way Automotive Employment NZ will be out of the office this year on August 14 and on the second Friday in August each year thereafter.  We thought this might be a good way to let you all know.

We will return your calls and emails on the Monday following our return says Russ….happy Holidays!