The trend in job ad numbers has turned positive, with growth pulses strongest outside the three main cities. Government-related jobs continue to lead for growth. Find out what’s happening in your region and industry.

From a sense of stability in August, job advertising took a step into positive territory in September. Its 1.5% lift in the month, seasonally adjusted, followed a 0.2% fall in August, but also a 1.1% increase back in July. This net run of positivity is reflected in the trend measure, which strengthened to a 0.4% monthly pace in September. September’s job ads were also robust enough to keep the annual rate of change in positive territory, when a dip into the negative was threatening. 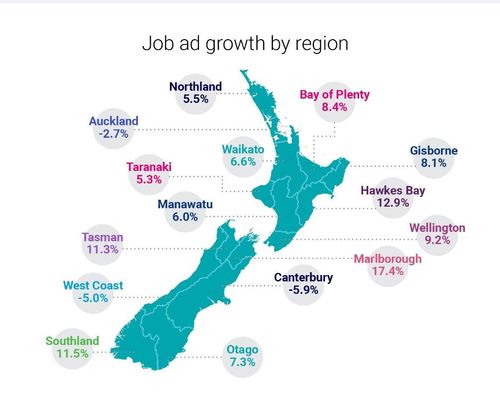 While Auckland was playing its part in the budding positivity, improvements over recent months have been more obvious in many of the smaller regions. Bay of Plenty has perhaps been the best example, but with improvements in the likes of Tasman, Waikato and Southland clear enough too. This groundswell is reflected in the North Island excluding Auckland and Wellington posting a 3.0% increase in advertising in September (6.8% y/y) and the South Island excluding Canterbury registering a 1.7% increase (7.2% y/y). 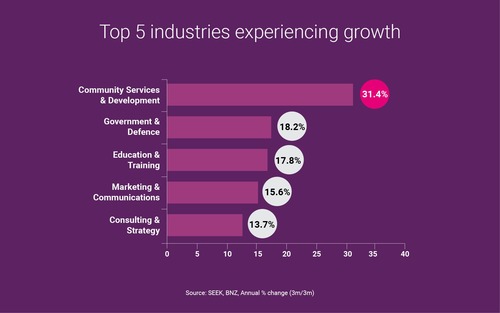 By industry, government-type categories were still to the fore in terms of expansion. When comparing the September quarter of 2019 with that of a year ago, Government & Defence, and Education & Training, each logged annual growth of 18%.

Meanwhile, the Real Estate & Property, Insurance & Superannuation and Design & Architecture sectors were among those that saw decline in job ad numbers 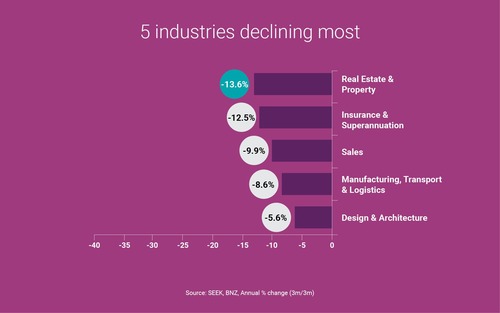 While general business confidence in New Zealand is low, recent surveys have not been overwhelmingly weak with respect to hiring intentions. Last week’s NZIER Quarterly Survey of Business Opinion, for instance, recorded a 3-month outlook on employment better than it was a quarter ago – setting it further above its long-term average.

Get Ready to Move to New Zealand